The 2012 MPAC property assessment results are all in, and all regions of Southwestern Ontario fell below the provincial average of an 18.0% increase in residential property value between 2008 and 2012. 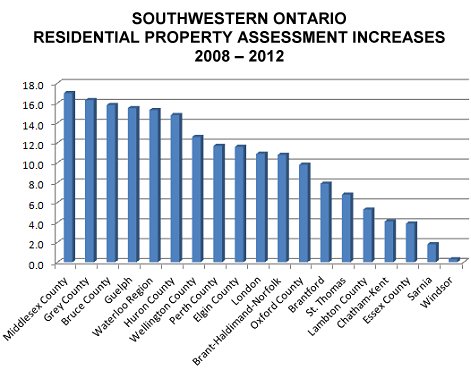 (In the MPAC announcement, Brant-Haldimand-Norfolk were lumped together with a range of 8.3% to 10.3% for the three. I used the mid-point for the graph.)

Windsor was at the other end of the scale with a 0.3% increase, followed by Sarnia at 1.8%.

In Ontario, the highest reported increase was in Timiskaming, where assessments were up an average 36.8%. But that doesn't come close to the increases for farmland: 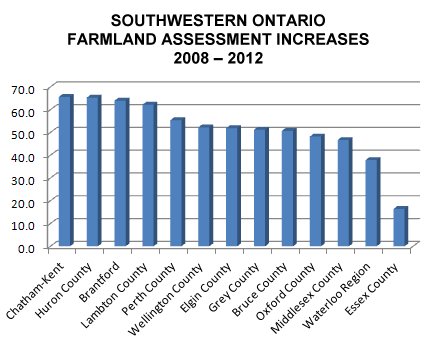 The value of farmland has skyrocketed in Southwestern Ontario over the last four years, with the biggest increases coming in Chatham-Kent (65.6%) and Huron County (65.3%). The Brantford area (64.0%) and Lambton County (62.2%) were also right up there.