Just when I thought I was finished with census numbers...

The next batch of data from the 2011 census was released yesterday—populations across the country broken down by age and sex.

I filtered the data for communities in Southwestern Ontario (population of 5,000 or more) to see which were the fastest growing and declining since the last census in 2006. I had to do this manually, so it's possible that someplace got overlooked, but here are some graphs taken from that data, with an emphasis on what Statistics Canada calls working age—the 15 to 64 group.

At the top of the list, it's a sweep for Waterloo Region with all four top spots, and Cambridge also making the top 10. Guelph is in the top ten, as are communities in Bruce (Saugeen Shores), Oxford (Woodstock), Middlesex (Middlesex Centre) and Huron (Ashfield-Colborne-Wawanosh).

The Blue Mountains in Grey County had the largest population decline in the working age category. Windsor-Essex took three spots in the bottom 10 and Chatham-Kent also showed a significant drop.

To round off the lists, here are the fastest growing communities for children and seniors. Woolwich, Wilmot and Wellesley score well across the board: 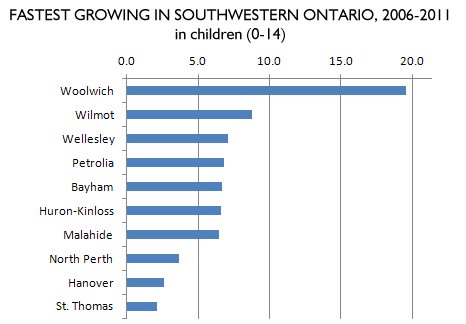 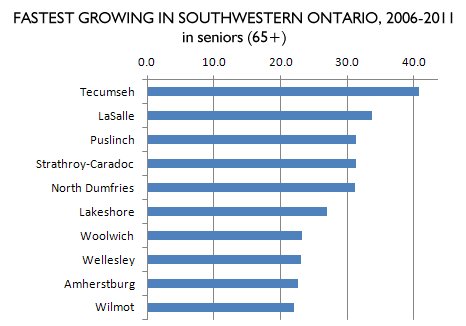 if any one loves to go to migration
kindly apply on the below link
https://lalaniassociates.com.pk/
for further details visit our website